Jean-François Reubell: our only head of state 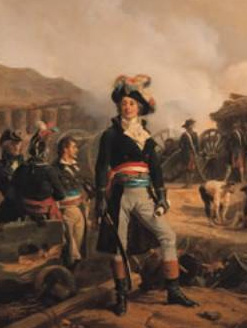 Son of a notary, Jean-François Reubell was born in Colmar in 1747. Lawyer at the Sovereign Council, he was elected deputy of the Upper Rhine at the Constituent Assembly from 1789 to 1791 and then at the Convention from 1792 to 1795. He became famous for his opposition to the emancipation of the Jews of Alsace by his anti-clerical speech and his severity against the resistant priests.

Member of the Committee of General Security and the Committee of Public Safety from 1794 to 1795, Reubell became one of the first five members of the first French Directory. He held this post from 1795 to 1799 and became the only Alsatian who had occupied the highest government positions over a long period. He was principally responsible for foreign and financial affairs, and had encouraged the policy of annexation of the countries on the left bank of the Rhine and the incorporation of Belgium into France.

The coup of 18 Brumaire (November 9, 1799) stopped the activities of Reubell. He came back to Alsace where he felt into disfavor and poverty until his death in 1807. However, his contemporaries appreciated his politics, and even Napoleon said, according to Emmanuel de Las Cases who collected in his “Memorial of Saint Helena” memories of the Emperor: "I do not appreciate Reubell but it is true that he was the only member of the Directory who had a justified post." Today there is only a plaque on the wall of the court of first instance in civil and criminal matters in the Pfeffel Square to pay him tribute.